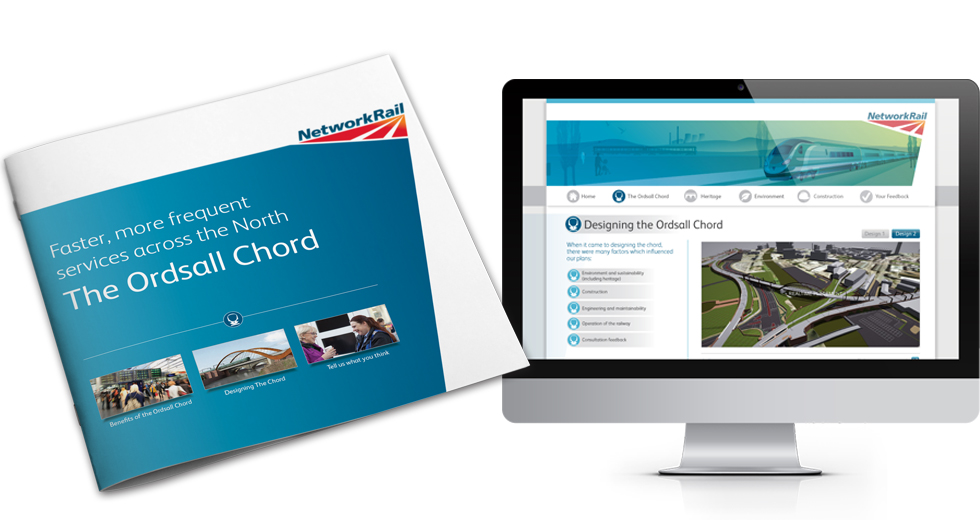 Network Rail has a vision to stimulate economic growth in the North of England through better connections between key towns and cities. The Northern Hub is a £1bn programme of targeted upgrades to the railway in the North of England. Scheduled to complete in 2019, it will allow up to 700 more trains to run each day and provide space for 44 million more passengers a year.

The first part of the improvements programme includes a new viaduct to connect Manchester Piccadilly, Oxford Road and Victoria Stations. Known as Ordsall Chord, the rail link is set to improve a bottleneck to the south of Piccadilly station, and free up space on the network for faster, more frequent services.

We designed and developed a digital consultation to communicate to multiple stakeholders how the scheme would benefit their community. The online consultation gave a full understanding on the scheme and gave Manchester residents the option to send Network Rail their feedback on the proposals.