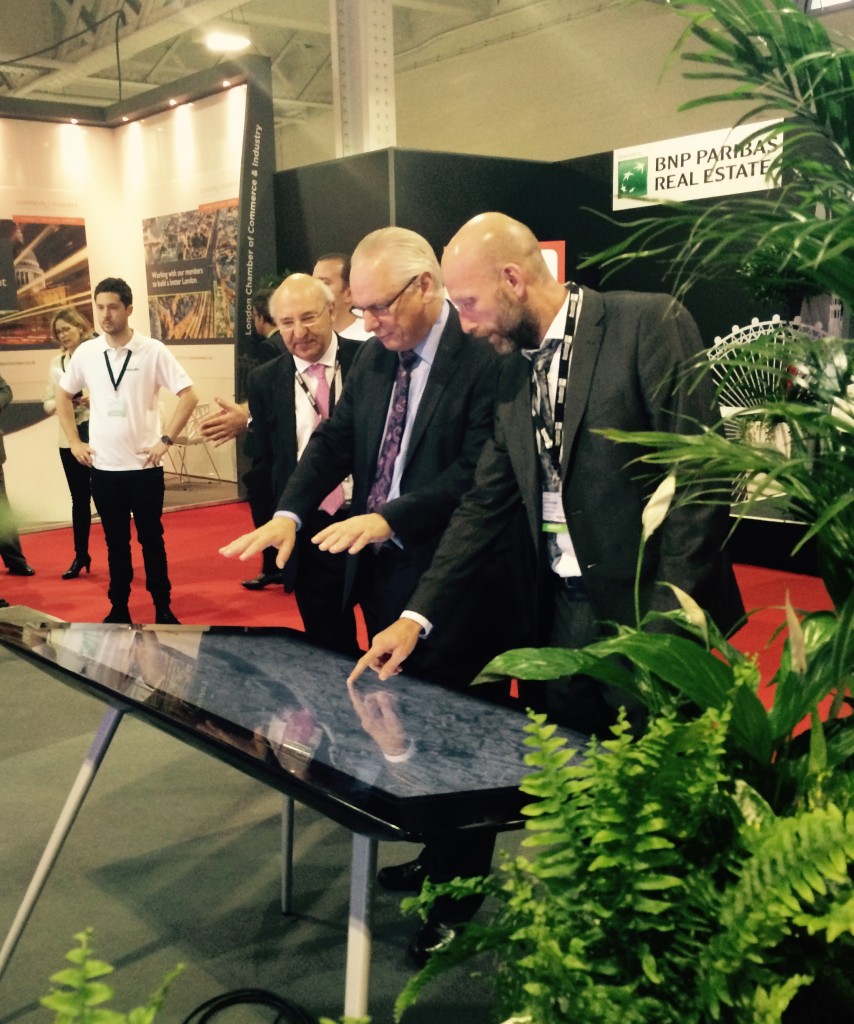 The Minister of State at the Department for Business Innovation and Skills (Trade and Investment), Lord Francis Maude, experienced London in 3D when he was given a tour of VU.CITY at MIPIM UK.

VU.CITY offers a way of experiencing London like never before. Appearing on a giant 5 metre by 3 metre wall at the property show MIPIM UK at London Olympia, VU.CITY, is the first fully interactive 3D digital model of London.

The gesture controlled, giant interactive map of London is a joint venture between digital communications agency Wagstaffs and 3D modellers Vertex Modelling. The model visualises nearly 100 square kilometres of London in 3D and offers London’s planners, architects and councils, a level of future proofing in property and land development not possible until now.

The ability to overlay data in the interactive model is critical to the planning of London, unlocking how development and infrastructure is tackled. Users can overlay and review existing, consented and proposed developments. There is also the ability to overlay sunlight paths, plus protected viewing corridors via the Government’s London View Management Framework (LVMF).

“Never before have planners and property developers had access to such a detailed and extensive view of London. With the click of a button they can overlay proposed developments and see them in context. We’re genuinely excited by what VU.CITY has to offer the city and a level of future proofing that has not been available until now.”