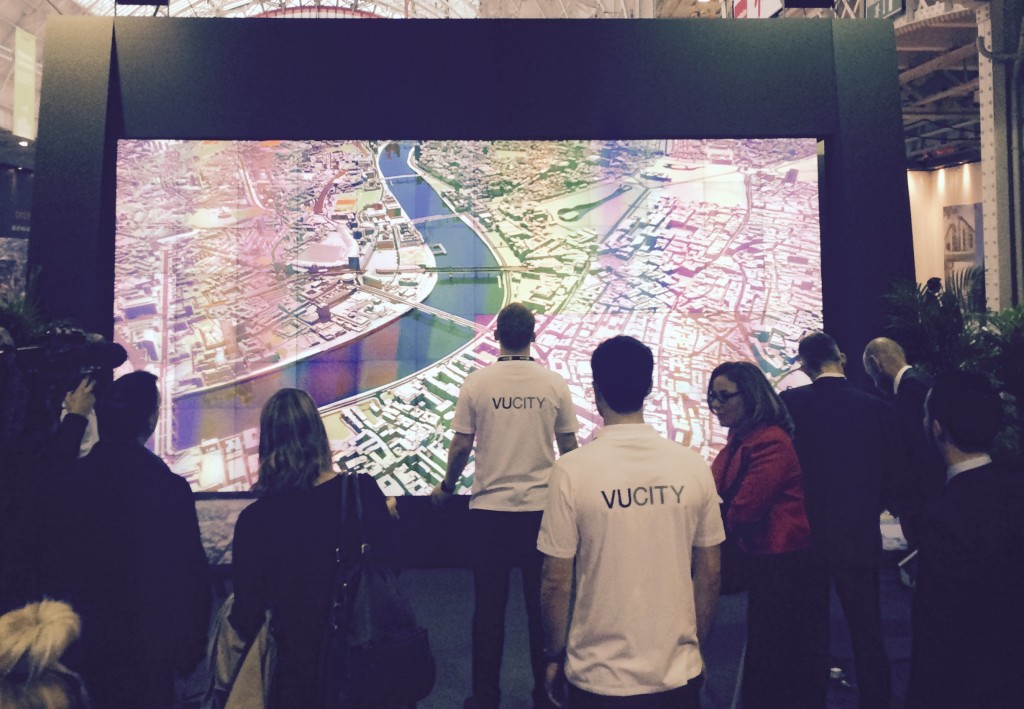 Our week at MIPIM UK

Last week was a huge week for the team at Wagstaffs. The launch of VU.CITY was the culmination of months of work to create a way of experiencing London like never before.

It may not be the South of France, but Olympia was the place to be for all things property last week. And the London Showcase was our home for this ever-growing event!

You couldn’t have missed us if you tried – a giant 5 metre by 3 metre gesture controlled wall flanked by two touchscreens – VU.CITY is the first fully interactive 3D digital model of London.

Visited by Lord Francis Maude, Minister of State at the Department for Business Innovation and Skills (Trade and Investment), along with a large group of Chinese investors, we met many new friends and colleagues – its the starting point for many exciting new conversations with developers, architects and the Boroughs alike.

This giant interactive map of London is a joint venture between digital communications agency Wagstaffs and 3D modellers Vertex Modelling. The model visualises nearly 100 square kilometres of London in 3D and offers London’s planners, architects and councils, a level of future proofing in property and land development not possible until now.

The ability to overlay data in the interactive model is critical to the planning of London, unlocking how development and infrastructure is tackled. Users can overlay and review existing, consented and proposed developments. There is also the ability to overlay sunlight paths, plus protected viewing corridors via the Government’s London View Management Framework (LVMF). VU.CITY updates at least every six months and also includes real time transport overlays and TFL cameras. Data overlays include demographics, traffic and pedestrian modelling, giving it far reaching uses across property, transport and infrastructure for London.

All thats left to say is roll on next year….and of course the interim trip to Cannes for MIPIM 2016!

See how VU.CITY is making headlines in the London news here.