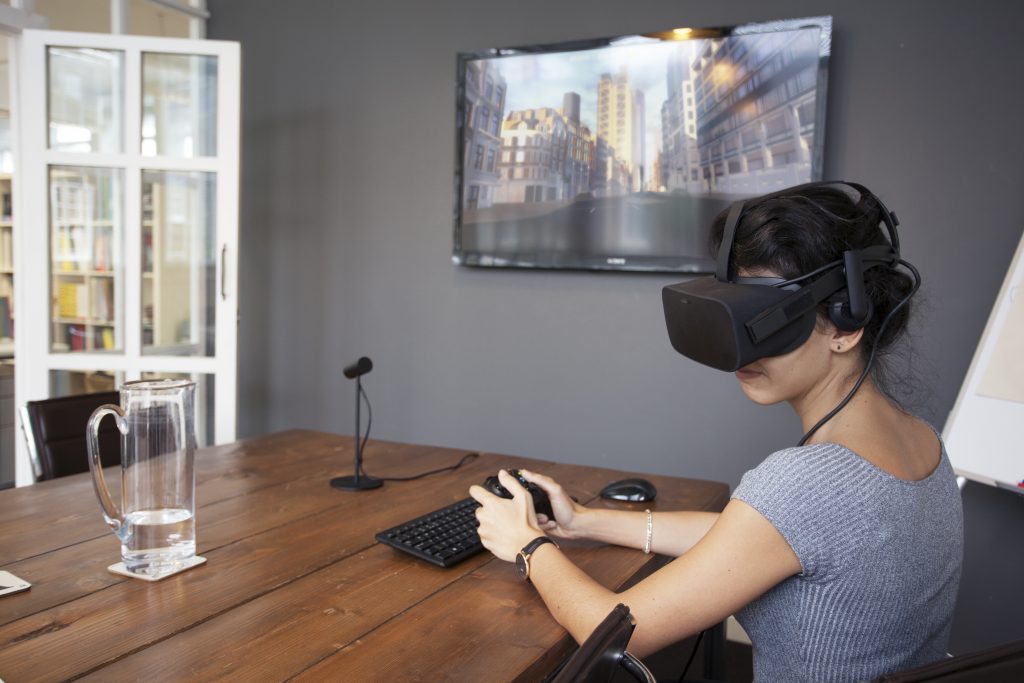 Pokémon Go has brought augmented reality into the mainstream, but what does this emerging technology mean for the property industry?

Pokémon Go is one of the biggest mobile games ever. It has attracted legions of fans around the world. And certain places, such as Central Park in New York, have now become hotspots for Pokémon Go players, as well as the usual cluster of tourists. The game provides an augmented reality experience, using the smartphone’s camera to provide a live view of the world and uses the smartphone’s GPS to track players as they move around. It’s encouraging to see augmented reality going mainstream like this and popping up in an app downloaded onto millions of smartphones. While playing the game looks like a lot of fun and it’s great to see what smartphone technology and gaming can do when they are brought together, there is a serious side to all this.

Imagine what the impact of augmented reality, virtual reality and gaming technology could be on the property community? That is if they’re not out catching Pokémon.

Virtual reality is about to embark on the dawn of a new era. The early virtual reality experiences that we worked with left the majority of users a little dizzy and nauseous because of the frame rates. But the next generation of headsets has moved on by light years.

In the property industry virtual reality is going to be huge. Virtual reality headsets mean that before a development is even built, people can walk down a street for the first time and understand how big the building is. They could go inside a proposed building, see it from a variety of angles both inside and looking out at the views, getting a true sense of its impact on the street scene.

We look at buildings from ground level most of the time in our everyday lives, so if virtual reality can allow you to view a proposed building from eye level, it gives you an honest impression of what it will look like. It will help people better understand if height, overshadowing or design will be an issue. For instance, it would allow residents to visualise sunlight throughout the course of the day and see the impact a new development could have on their home or offices. It will help to secure by-in by presenting the facts in the most honest way possible.

Virtual and augmented reality are already being used in the property industry and it’s only going to increase. Crossrail has already made use of virtual reality and augmented reality right from start of the design process. And there are already digital planning tools which borrow from the technology of the gaming industry like VU.CITY, an interactive and accurate 3D digital model, currently covering 200sqkm of London. VU.CITY allows viewers to see a macro view of the city and zoom into the micro detail of individual buildings. VU.CITY gives anyone involved in the built environment of London a new view of the city and a revolutionary tool that can transform the planning and communication process around proposed and new developments and infrastructure projects.

Using the city model, it is possible to overlay GIS data, sightlines, LVMFs, transport links and sunlight paths to help planners understand developers’ proposals in context. Users can view, zoom and rotate the model as a macro view of London, right down to the micro detail of one building. Features include the ability to add existing, proposed and consented developments.

Just as in the past, millions were playing Tetris on a Nintendo Gameboy, in the future VR and AR are going to be ubiquitous. VR and AR will play a key role, both in entertainment and in planning housing and infrastructure. There will be many applications for virtual and augmented reality technology. Perhaps one day we will all be using virtual reality headsets in our own homes, with the same market penetration as mobile phones. We will watch TV or go to the cinema and all don our VR headsets for a fully immersive experience. And it’s going to have a huge impact on the property industry. It will be a valuable tool in securing buy-in from planners, councillors and local residents, in visualising a development and in marketing and selling it before it is even built. So as Pokémon Go continues to enjoy popularity, the use of ‘real world gaming’ in the property industry is continuing to gather pace. But safe to say we will be playing for much higher stakes.