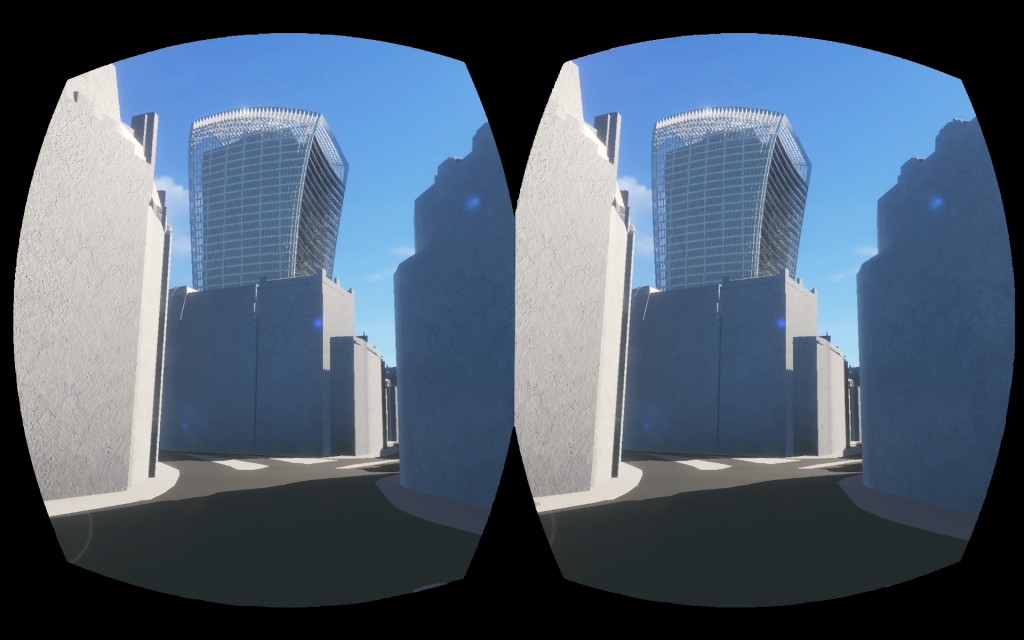 Virtual reality and VU.CITY set to transform city planning in 2016

With analysts tipping 2016 as a breakthrough year for virtual reality technology, our MD, Jason, has been quoted in today’s The Times supplement about the power of VR technology for city planning.

Our breakthrough application, VU.CITY, the first interactive 3D digital model of London, uses VR to allow property planners and architects to get up close and personal to London’s buildings and to visualise and experience the planning of London in a way never done before.

Stereoscopic (3D) effects give users an impression of building height and form from eye level, which cannot be achieved from a 2D image or animation. Looking up a proposed tower or building in VR is as close as you can currently get to looking up at the real thing. This is exactly what design and planners need to assess new designs.

As VU.CITY is the first real time 3D model of London and it supports VR we are combining two disruptive technologies. This combination will give designers an almost instant real time 3D vision of their development from anywhere in London. Once they are happy they can put that same technology in front of city planners and local people for review and consultation. We hope this will speed up the current process, improve design, and increase the number of successful, high quality developments in London.

There is a massive population growth (just last month saw the biggest number of passengers on London’s tube ever, in one day) and the resulting effect on London property is placing the planning system under unprecedented strain. New buildings are needed, but debate rages over where they should be, how big they should be, what they should look like, and so on. Making the right decisions has never been easy, but now it is harder than ever before and with the Mayor’s Office predicting a population of 11m by 2050 they are set to get harder still.

Jason explains: “A couple of years ago, together with our partners, Vertex Modelling, we set ourselves the task of trying to visualise all of central London in a 3D interactive model. It is the first ever fully interactive 3D digital model of London. It covers nearly 100 square kilometres of Central London, from Earls Court to ExCeL up to Euston and down to Nine Elms.

“VU.CITY brings together the ability to explore the whole city, whilst overlaying data. It not only accurately shows the current built environment, but also allows us to toggle between existing and consented developments. By embedding real time TfL camera feeds into our model we are connecting with our city in a way we have never before. In terms of planning new buildings, using our city model we can overlay sightlines, transport links and sunlight paths to help planners understand proposals in context.

VR and interactive technology is already been used by housebuilders such as Barratt London to sell apartments off plan, and at Wagstaffs we have the aspiration to apply VR to the design and planning phase of development and enhance our VU.CITY experience and offering. Through visualisation at all levels, from above, showing sunlight paths and protected views, and right down to street level with VR and the ability to look up and view a proposed development and its impact on the surrounding area, we believe it can play an important role in helping us to futureproof London.

View the article and download the full report here.